Tiffin hours protest demonstration at the call of our Circle Unions, has been held today I.e. on 22.07.2015 in front of Tamluk Head Post Office. Savingrams are sent to the PMG, SB Region and CPMG, WB Circle. Com Jitendranath Hatai and Com Sirshendu S Sahoo have delivered short speech regarding the demonstration and the issues related to that. 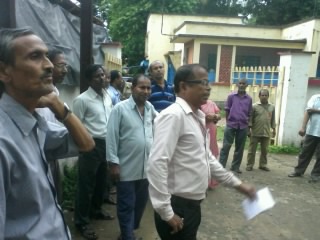 It is now almost three months that the joining procedure of the candidates have been stayed by the Directorate. We have been constantly pursuing the matter since then and the stay is expected to be lifted shortly.

Still in our opinion we should not leave the matter on assurances and better pursue further course. We are aware of the agony which the candidates and their families are passing through and also sent a resolution to the DG(Posts) and Chief PMG on 11.07.2015. To discuss on the next phase, we request the candidates to please meet us at Circle Union office (Tarapada Memorial Hall, 37, Ganesh Chandra Avenue, Kolkata-13) on 22.07.2015 at 4 P.M.

The Joint Extended Circle Working Committee meeting recorded an excellent presence of secretaries/their representatives from all divisional unions of the Circle. The meeting was presided over by comrades Tapan Dasgupta, Sukumar Mondal, Asit Das and Ashis Dutta.

The meeting was inaugurated by Com. Tapan Dasgupta. All Circle Secretaries also spoke at different times during the meeting. A work paper featuring the main points was placed by Circle Unions for discussions over it. 9 divisions, viz. --- Coochbehar, Malda, Kolkata GPO, Howrah, Nadia South, Burdwan, Asansol, Tamluk and Birbhum division spoke, the last with special emphasis on ensuing Circle Conference and collection of advertisements for the souvenir. The Circle Unions also endorsed their request.

The deliberations were mainly based on our preparation of strikes on 2nd September 2015 and from 23rd November 2015, membership verification, administrative attacks (especially in divisions like South Hooghly, Howrah, Tamluk etc.), infrastructural problems at offices and administrative reluctance, LSG transfer memo, Postmaster cadre transfer memo etc. The problem of non-payment of Part-time employees in most of the divisions was also discussed with importance. The meeting called upon everyone to remain vigilant in the process of membership verification and the point of possibility of announcing GDS membership verification in October 2015 was also discussed.

The meeting adopted 3 resolutions ---- one on the problems of Part-time employees, one on administrative vindication on members of NFPE and the third one on the stay on appointment procedure of selected candidates in PA/SA cadre of 2013-14 batch.

The Circle Union is deeply concerned about the stay imposed by the department on their appointment procedure. The copy of the resolution will be sent to the Postal Directorate, New Delhi, demanding lifting the stay order. A program for proceeding to New Delhi with some of the selected candidates is also under discussion for finalisation.

Apart from the programs mentioned in the work paper, the following programs were finalised :


All comrades are requested to deploy maximum efforts for the success of the above programs.
Posted by AIPEU Group 'C' WB Circle
Posted by Sirshendu Sundar Sahoo,Secretary,AIPEU,Gr-C at 5:19 PM No comments:

Email ThisBlogThis!Share to TwitterShare to FacebookShare to Pinterest
NFPE CIRCULAR

NATIONWIDE INDEFINITE STRIKE AS PER THE CALL OF NATIONAL JOINT COUNCIL OF ACTION OF ALL JCM NATIONAL COUNCIL STAFF SIDE ORGANIZATIONS INCLUDING RAILWAY, DEFENCE & CONFEDERATION.

CIRCULATE NOTICES, PAMPHLETS, POSTERS AMONG ALL EMPLOYEES. EXHIBIT IN ALL WEBSITES.

STRIKE NOTICE FOR 2ND SEPTEMBER STRIKE SHOULD BE SERVED BY ALL AFFILIATED ORGANIZATIONS ON 11TH AUGUST 2015.

1.    NFPE and all its affiliated organizations shall participate in the Nationwide one day strike on 2nd September 2015 as per the call of all Central Trade Unions and independent Federations.

2.    Charter of demands on which the strike is being organised on September 2nd by NFPE shall include
(1)  12 point common charter of demands affecting all sections of the Indian working class and
(2)  12 point charter of demands of the central government employees formulated by the National Joint Council of Action including sectional demands of Postal Department.
(See Charter of demands attached – Annexure-I)
3.    Intensive campaign should be conducted among all offices by each individual organisation by holding General body meetings, conventions, office-to-office campaign and gate meetings. Notices, pamphlets and posters should be printed and circulated to all offices and employees. Wide publicity should be given through print and electronic media. All websites of affiliates shall exhibit the campaign details, photos etc.
4.    From NFPE, All India Leaders of affiliated unions shall visit all important centres throughout the country between 27th July to 10th August-2015 and address Joint Conventions/meetings of the employees. Meetings should be organised by the Circle unions jointly. Advance planning should be made by the Circle unions to make the campaign programmes of All India Leaders a grand success, by ensuring maximum participation of employees from all affiliated organisations Circle/Divisional Unions of the NFPE shall plan and organize their own campaign programmes at Circle/Divisional level..
5.    Strike notice will be served by NFPE to the Secretary (Posts), Government of India on 11th August 2015. On the same day each Circle/Divisional Unions should also serve strike notice to their respective Circle /Divisional Heads . Demonstrations in front of all important offices should be held on 11th August 2015. Copy of the strike notice served by each organisation should be sent by post or by (email) to NFPE HQ.
6.    All Circle/Divisional Unions   shall make maximum efforts to ensure participation of maximum number of employees in the 2nd September strike. More than 10 crores organised and unorganised workers will be participating in the strike.
7.    All Circle/Divisional Unions should issue their own separate circulars in regional languages and send to  each member  to start campaign work immediately and also to ensure maximum participation of employees in the strike.

1.    NFPE and all its affiliated organizations shall commence their own independent intensive campaign especially among grass-root level workers from now onwards.
2.    At the same time NFPE Circle/Division level leadership) should take initiative to organize joint conventions of National Joint Council of Action at maximum possible centres.
3.    Immediately after the 2nd September strike and after submission of report by 7th CPC, the Federal Executive will meet again and decide further programmes to intensify the campaign programme for the success of 23rd November indefinite strike.
Yours Comradely,
(R.N. Parashar)
Secretary General

1.    Urgent measures for containing price-rise through universalisation of public distribution system and banning speculative trade in commodity market.
2.    Containing unemployment through concrete measures for employment generation.
3.    Strict enforcement of all basic labour laws without any exception or exemption and stringent punitive measure for violation for labour laws.
4.    Universal social security cover for all workers
5.    Minimum wages of not less than Rs. 15,000/- per month with provisions of indexation.
6.    Assured enhanced pension not less than Rs. 3000/- P.M. for the entire working population.
7.    Stoppage of disinvestment in Central/State PSUs.
8.    Stoppage of contractorisation in permanent perennial work and payment of same wage and benefits for contract workers as regular workers for same and similar work.
9.    Removal of all ceilings on payment and eligibility of bonus, provident fund; increase the quantum of gratuity.
10.  Compulsory registration of trade unions within a period of 45 days from the date of submitting applications; and immediate ratification of ILO Convention C 87 and C 98.
11.  Against Labour Law Amendments
12.  Against FDI in Railways, Insurance and Defence.

1.    Effect wage revision of the Central Government Employees from 01.01.2014 accepting memorandum of the staff side JCM; ensure 5-year wage revision in future; grant interim relief and merger of 100% of DA; Include Gramin Dak Sevaks within the ambit of 7th CPC. Settle all anomalies of 6th CPC.
2.    Implement Cadre restructuring proposal in all Cadres including MMS.
3.    Implement arbitration awards and revise OTA Rates.
4.    No Privatisation, PPP or FDI in Railways, Defence Establishment and no corporatization of Postal services.
5.    No ban on creation of new posts. Fill up all vacant posts.
6.    Scrap PFRDA Act an re-introduce the defined benefit statutory pension scheme.
7.    No outsourcing, contractrisation, privatization of governmental functions; withdraw the proposed move to close down the printing presses, the publications, form stores and stationery departments and medical stores Depots; regularize the existing daily-rated/casual and contract workers and absorption of trained apprentices.
8.    Revive the JCM functioning at all level as an effective negotiating forum for settlement of the demands of the Central Government Employees.
9.    Remove arbitrary ceiling on compassionate appointment.
10.  No labour reforms which are inimical to the interest of the workers.
11.  Remove the ceiling on payment on bonus
12.  Ensure five promotions in the service career.
Posted by Sirshendu Sundar Sahoo,Secretary,AIPEU,Gr-C at 11:49 AM No comments: 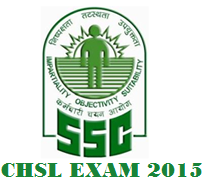 There has been some technical problem with SSC Website and candidates applying online have been encountering difficulty in submitting their applications. In order to rectify the problem the SSC Website WILL NOT BE available for today i.e. 7th July, 2015. The website will be available from 8th July, 2015 onwards. Inconvenience caused is regretted.

Keeping in view the convenience of candidates the Commission has extended the last date for receipt of applications to 17.7.2015 for Part-I and 20.7.2015 for Part-II.
Posted by Sirshendu Sundar Sahoo,Secretary,AIPEU,Gr-C at 11:43 AM No comments:

Email ThisBlogThis!Share to TwitterShare to FacebookShare to Pinterest
FLASH NEWS

DATE FOR FINAL ARGUMENTS IN GDS COURT CASE IN PRINCIPAL BENCH CAT, NEW DELHI FIXED AS ON 10-09.2015
Posted by Sirshendu Sundar Sahoo,Secretary,AIPEU,Gr-C at 11:42 AM No comments:

Cash handling allowance to the Sub Postmasters in single and double handed Post Offices responsible for handling/custody of cash is being paid with effect from 13.05.1989 at the rates given as below:-

This has the approval of the competent authority
Sd/-
(Maj S. N. Dave) 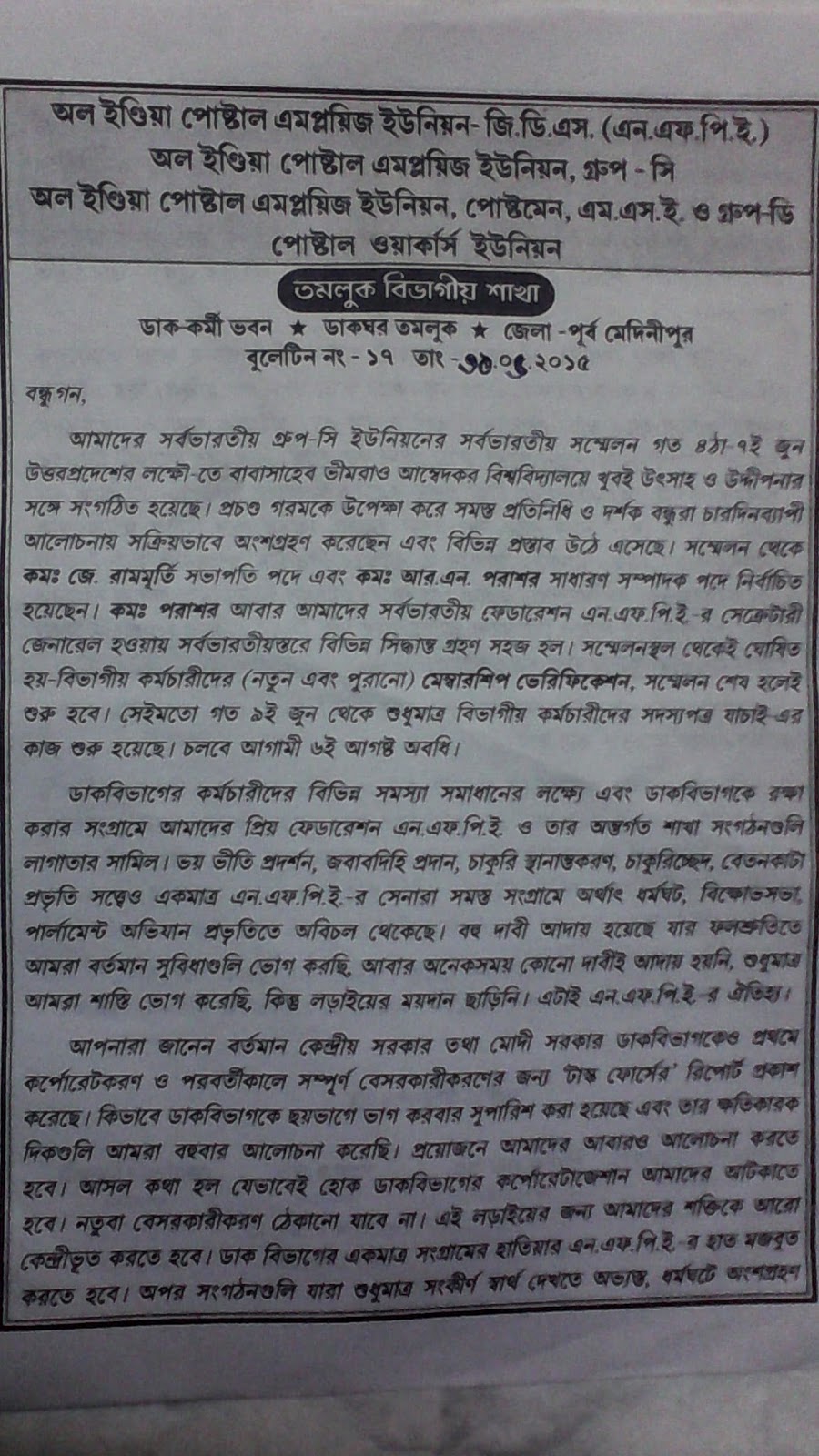 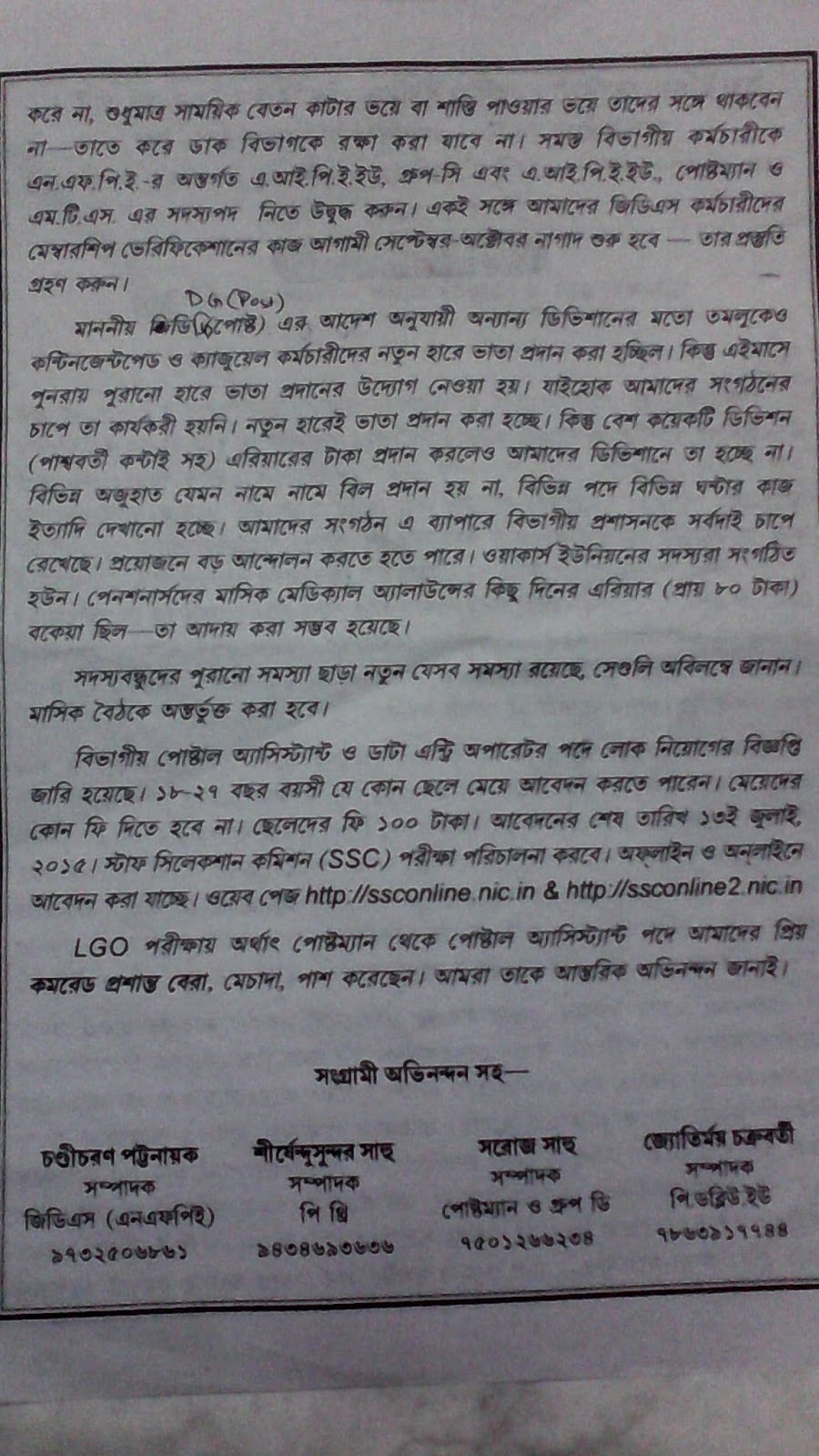